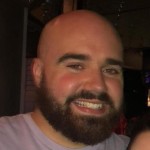 The dust has settled and what Philadelphia Flyers fans are left with after a seven-game series with the New York Islanders in the second round of the NHL playoffs can only be described as mixed feelings.

After a torrid end in March that included a nine-game winning streak ending right before COVID-19 forced a league shutdown, the Flyers started their return to play right where they left off with three solid wins against the Boston Bruins, Washington Capitals and Tampa Bay Lightning.

Then they met the Montreal Canadiens in the real postseason and what should have been a mismatch ended up as a chess match. Things only got harder from there with the Islanders waiting.

So now how should Flyers fans feel about the playoffs and moving forward? Well, it’s a mixed bag depending on the topic so let’s take a look at some of them:

The Flyers had a mediocre power play in the regular season sitting at 14th overall with a 20.8 success rate. But mediocre isn’t awful and that’s the only way you can describe Philly’s man advantage in the postseason.

Whether it was entering the zone, getting the puck deep or simply setting up, nothing clicked at all. It all added up to a 7.7 percent rate, good for second to last in the playoffs only in front of the New York Rangers, who played just three games.

Frankly, the lack of power play success is a huge reason why the Flyers only scored 28 goals across 13 playoff  games — and you have to question some of the choices like James van Riemsdyk, a would-be power play staple on any NHL team, a frequent scratch and Derek Grant getting regular minutes on the second unit.

Assistant coach Michel Therrien runs the power play and right now their can’t be too much faith in him.

A common saying for the playoffs is that the only things you need to succeed is goaltending and special teams. Hart held up his end of the bargain.

He finished with a .926 save percentage despite getting hung out to dry by the rest of his team in multiple games, which would speak well enough on its own, but Sean Tierney had even more reason to appreciate Hart:

Vasilevskiy is the best goalie left in these playoffs. Lehner has slowly moved his way up on the leaderboard. Fleury and Khudobin both boosted themselves up last night but are both below expectation overall still.https://t.co/PnydFvFaGl pic.twitter.com/h9ZxI8vuca

The fact that Hart had the most saves above expectations at the time his team got knocked out shouldn’t come as a huge surprise to Flyers fans. Hart made a number of saves — particularly against the Islanders — that he had no business stopping. If there were any hesitations about Hart they should all be gone now.

Like any coach’s playoffs, there’s a lot to dissect here from player usage to challenges.

One of the bigger issues was the usage of fourth-line center Nate Thompson, who saw some “big boy” minutes against the Isles’ top two lines. It didn’t always end bad for the Flyers, but considering Philly had the depth advantage, it has to be fair to question why Vigneault didn’t just roll out best vs. best and try to win with your superior third line.

Some of that could have been because JvR, a usual third liner this season, was frequently scratched along with defenseman Shayne Gostisbehere in favor of Robert Hagg. Hagg, though, didn’t look too out of place, even if he isn’t as dynamic as Ghost. Van Riemsdyk’s scoring was missed though, even if it took a little to heat up.

Then there’s the issue of challenges, which Vigneault simply couldn’t stop using against the Islanders. The first two were arguably decent challenges, but the third was an obvious bad choice after Justin Braun tripped Casey Czikas into Hart. That led to a tying goal which could have had terrible repercussions had the Flyers not come back to win.

Vigneault made it through all of the regular season without raising too many questions from Philly fans. The honeymoon period might have ended for the coach after this postseason.

There’s so much that can be said about the Swedish forward who returned to play after being diagnosed with Ewing’s sarcoma, a rare bone cancer, in December. What he’s been through and accomplished since the diagnosis is nothing short of heroic and should be inspirational to all of us.

And while we’re enjoying the health of the person, Flyers fans can also be happy about what it means for the team. Before the diagnosis, Lindblom was having a breakout year in the top six playing with Kevin Hayes and Travis Konecny.

While the 24-year-old understandably didn’t look quite up to speed in the two games he played against the Isles,  fans can be confident he will return to that form by next season with more training time. And when he does, Philadelphia will have another weapon to use in its top six.

Flyers fans may have some things to worry about, but Lindblom is one that fortunately can give them plenty of hope.

#Flyers are in an interesting situation with Nolan Patrick, who does not qualify for full RFA rights. Since Patrick isnt a full RFA, Flyers control what happens to Patrick & can only do three things. More about those three things inside... #AnytimeAnywhere http://flyersnation.com/flyers-nolan-patrick/

#Flyers Carter Hart believes Brian Elliott "definitely wants to come back & I really hope he’s back." With Hart voicing his vote for Elliott, will Flyers re-sign Brian Elliott? Could a 2-year deal benefit the Flyers? Find out why inside... #AnytimeAnywhere http://flyersnation.com/flyers-brian-elliott/

In Case You Missed It

What Will The Flyers Do With Nolan Patrick?

Will The Flyers Re-Sign Brian Elliott?

Will NHL Allow Fans Next Season?